Michael has travelled speaking all over the world. He has met so many amazing people through the years and has many good experiences to share. However, he has also influenced and coached people, and here are some of the Testimonials of those who have been blessed by his work and programs.

"Michael is a true advocate of our core values" 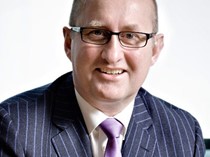 “I have come to know Michael as one of the true advocates of our core values: Authentic, involved, trustworthy, dependable, respectful and above all gifted with the entrepreneur spirit. He has proven many times not only to be able to conceive new, revolutionary business concepts, but also to develop, nurture and amortize the same. His relentless contribution of all these fine qualities has made him one of the founding fathers of the Ordina Company as we know it today: a true fortune-500 ICT service-provider, boasting top quotations at the stock-market.

For almost 10 years we have been working closely together and I have been truly privileged enjoying Michael as a colleague.”

Ordina is the largest independent services provider in the field of consulting, solutions and IT in the Benelux. The company was founded in 1973. Its shares have been listed on the NYSE Euronext Amsterdam stock exchange since 1987 and are included in the Small Cap Index (AScX). Ordina booked revenues of EUR 344 million in 2016 and has 2700 employees.

“Michael is the Business innovator” 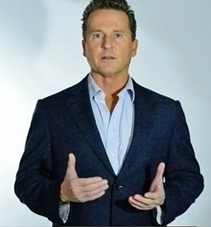 “I know Michael Knulst for already more than13 years and he was one of my students in my Top coach program and what I really like about Mike, because I know him as a personal friend now is first that he never never never give up. He never quits and he was also on his downfall even then he was able to  get in touch with his root of power. And my name for him is the Business Innovator because he likes to add value by using new technologies and new marketing tools. He is always in search for the best, always in training on all fields of his life and I'm very very glad to know him as my friend but also al my advisor.”

Iwan belong to the few real experts in the field of Mind & Body.

His approach is based on 25 years of experience, his many degrees, fields of interest and hunger for growth. He has trained with the best on their field like Sean Adam, Dr Schulz, Anton Jayasuriya, Tad James, Anthony Robbins, Tom Silver, Richard Bandler, Byron Katie, Jerry Valley, Pavel Tsatsouline, Roy Martina, KC Johnson and many others. People say that his training and coaching methods in kettle bell, hypnosis, exercise therapy, acupuncture, spinal adjustments, fire walking, speed reading/memory, top coach and bootcamp training are top of the bill and have a lasting effect.

By now he has treated over 2.000 clients with all kinds of therapy and trained more than 25.000 people during all kinds of seminars.

Iwan Marckmann, Trainer and coach, Master in the field Mind and Body

"Michael possesses the ability to inspire people and organizations" 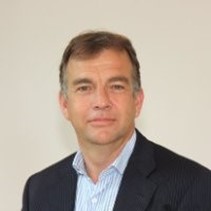 “I know Michael as a trainer at Dale Carnegie. His social commitment, honesty and sincerity and his great respect for people, the personal attention to the individual and unbridled commitment to support them in their development, testifies of wisdom and entrepreneurship. He possesses the ability to inspire people and organizations. Combined with his strong focus on achieving the goals of a professional profit organization, makes him a successful coach and entrepreneur. I experience great pleasure working with him and cherish the friendship we have built.”

"Michael is an excellent business manager and organisation strategist" 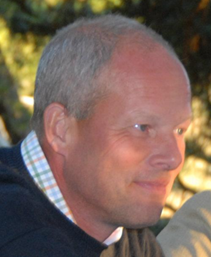 “Michael was hired into our Benelux office where major turbulence had occurred.
The fast expansion had hit his predecessor in such a way that a number of areas were seriously under-managed; Some major customer accounts were threatened due to poor delivery quality and poor account management Internal clerical control was lagging, causing financial losses. Distribution was suffering due to sales managers having to sort out internal problems and existing customer relationships, the local staff was de-motivated, either through being over-worked or under-occupied.

Michael managed to get the major business obstacles under control during a very short timeframe as he started in this position.

I feel comfortable to warmly recommend Michael to any future companies that are looking for an excellent business manager and an organisation strategist who can help transform businesses according to new market strategies. I also feel that it has been a privilege to work with Michael and I really would appreciate to be given the opportunity to do so in the future.”

About Million Handshakes AS

Founded in 2000 as an international Internet start-up specialized in CRM software and consultancy. Michael was responsible for the accelerated growth in sales and volume in the Benelux and the professionalization of the organization.  Worldwide 80 employees, turnover € 2.7 million